The Tachyon Energy accumulators pull in the Tachyon and focus it on areas of the body where the SOEFs are disorganized. The remarkable result is the local or total body SOEFs become energized and therefore reorganized. The result, as would be predicted from the SOEF theory, is youthing and healing.

In my book, Spiritual Nutrition and the Rainbow Diet, I developed an energetic theory of nutrition that serves as a way to understand the delicate balance between the subtle energy of food, humans and the spiritual path. The older material, mechanistic theory of nutrition, which says that food, is simply calories, proteins, carbohydrates, fats, vitamins and minerals, cannot explain how Moses could live 80 days without food and water, and Jesus and Elijah could go 40 days without food and water. My energetic theory is able to explain these wonderful phenomena. 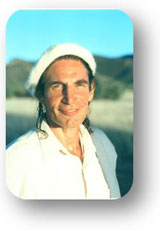 The basis of this theory is that our physical organization is templated on subtle organizing energy fields that I call SOEFs. When these fields are well organized, we have proper DNA division, enzyme function, cell division, and organ function. When the SOEFs are disorganized in their structure they do not create accurate templating, and the DNA, enzyme function, cell division and organ functions do not work well. The ultimate SOEF and cell disorganization are evident in the production of cancer cell.

The SOEFs can be energized by many levels of energy: direct cosmic, cosmic energy filtered through the chakra system, Tachyon Energy, sunlight, oxygen, electromagnetic, and ultimately food (particularly live, uncooked food). All of these sources of energy are nutrients. A nutrient is defined as that which energizes the SOEF system. Those people who are able to live without food or water are able to have their SOEFs energized from electromagnetic, sunlight, oxygen, Tachyon and direct cosmic energy.

One astrophysicist friend of mine estimated that in one cubic centimeter, there is free energy equal to a million times one million tons of uranium. To fully tap into this energy offers us the possibility of immortality…or at least, radiant health.

Dr. Philip Callahan, a noted physician and researcher, was able to prove the existence of this energy using plant leaves attached to an oscilloscope. About six months ago, he visited me in California and showed me a new development. He had discovered that flax cloth, as suggested in the Books of Moses, acts as an antenna for the Tachyon Energy. He found that when the pure flax cloth was put over a wound or local pain, it greatly accelerated the healing process. He was also using the flax seed cloth as a sophisticated antenna for his oscilloscope.

Shortly after this, I ran across Advanced Tachyon Technologies in Santa Rosa, California, which has mastered the technology of taking almost any natural material and altering its molecular structure so that it would become an antenna for the faster-than-light Tachyon Energy.

The main materials they use are special glass discs of different sizes, water, and natural fiber clothes, sheets, scarves, etc. The significance of this breakthrough becomes immediately apparent when one understands the SOEF theory put forth in Spiritual Nutrition and the Rainbow Diet, and in a more simplified form, in my latest book, Conscious Eating. In my own clinical research, and over 800 clinical tests by the Tachyon Health Center in California, a very high percentage of healing takes place.

Many of the healings have to do with the musculo-skeletal system. Healings with systematic problems also occurred. Whether someone has acute or chronic pain in a particular area, it is indicative of disorganized local SOEFs. When the Tachyonized Cells are put over the pained area, sometime between five minutes and two days, the depleted field is re-energized and reorganized, and the pain goes away. The Tachyonized Water turns the whole body into an enhanced Tachyon antenna. Tachyonized Water taken orally as well as the use of Tachyonized Cells placed over acupuncture points, meridians or particular points that seem to increase the energy in the whole body, quite frequently enhance the overall vital force of the body.

When the energy or vital force is increased, the SOEFs become more organized and healing-youthing-takes place.

This Tachyon breakthrough is tremendously exciting because it not only supports the energetic model of nutrition, but is a powerful self-healing and youthing tool.  There is no youthing approach greater than a revitalizing lifestyle that is aligned with the heavenly and earthly forces. However, using the Tachyon Energy as a counter to a degenerative lifestyle is like pumping water from a leaky boat. All the new tools, devices and special nutrients in the world will never work for a life that is not essentially in harmony.

For one who is living in equanimity, reaching into the cosmic force with these Tachyonized tools may take us to new levels of health and sublime harmony.

In short, the Tachyon Energy accumulators pull in the Tachyon and focus it on areas of the body where the SOEFs are disorganized. The remarkable result is the local or total body SOEFs become energized and therefore reorganized. The result, as would be predicted from the SOEF theory, is youthing and healing.

Gabriel Cousens, M.D., D.D., is the founder and director of the Tree of Life Rejuvenation Center in Patagonia, Arizona. He is a practicing holistic physician and spiritual teacher. Dr. Cousens has authored many books, including a co-authored book with David Wagner, Ph.D. entitled Tachyon Energy: A New Paradigm in Holistic Healing.