Tachyon Tools Work for Us!

I ordered two of the Tachyonized 32mm triangle cells. I have placed them on my lower back and received quick pain relief. I also place one below my navel for about 20 minutes each evening and feel much energy and it is very relaxing. I started the Tachyonized Water with 5 drops, twice a day. I dropped back to 1 drop, three times a day and even that was too much. I took only 1 drop today. Can you imagine? One drop!!! And I still felt the effects. ~ Kevin

Tachyon Helps With All My Issues ...

With myself working as a Level I and Level II Tachyon Practitioner and having 3 more Tachyon practitioners working in a team with me under the same experiences, I watch wonderful things happening with our clients every day. Some of them I would love to share.

There was a two and a half year old boy who had cerebral palsy. He didn't have any control of his movements, was unable to even turn from his back to his stomach, speak, hold toys, and he was hysterical all his life. He had been in hospitals about 10 times for treatment or rehabilitation programs - without any results. When his parents put Tachyonized Silica Disks at the end of his bed, the hysteria disappeared on the third day and has not come back even a single time. After some 10 days he started taking Tachyonized Blue-Green Algae, Tachyonized Silica Gel and Tachyonized OS for nerves and blood circulation. Now about three months have passed, and the boy has become very joyful - he can hold toys in his hands, turn around from back to stomach and back again. He is making sensible sounds and his muscle strength is increasing day by day.

Another boy with cerebral palsy is 3 years old, walks with difficulties and is also hysterical. The Tachyonized Silica Disks did the same thing for him – his hysteria disappeared, and now he will start taking the Tachyonized OS and Tachyonized Blue-Green Algae. 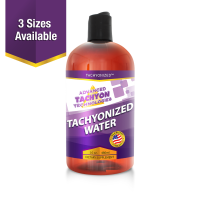 Another case is a person with an enlarged heart. When I asked David in India about alternatives for Tachyonized OS for the heart for this particular case (since we don't get Tachyonized OS for the heart in Europe now), he said that so far this problem had only successfully been treated with those Tachyonized OS which we can't get here. So, my patient – a 54 year old woman from a little town far away (she can't come for any sessions) has been using only Tachyonized Water and Tachyonized Silica Gel as well as a Tachyonized 32mm Cell on her heart area for about four months. Just now she called me. She had visited doctors to find out that her heart has shrunk.

About my personal experience, The Quality of One Level II has turned my life around 180 degrees, and I am looking forwards to the next levels. I keep on trying out all the Tachyonized products one by one which has given me quite a complaint-less body and evolving soul. So far my favorites are the Tachyonized Vortex pendant, Tachyonized Blue-Green Algae, Tachyonized Cocoon and Tachyonized Silica Disks for my salads and drinking water. I love Tachyonized Wristbands in winter - I feel much warmer and don't have to dress so heavily. Thanks to Tachyonized Silica Gel, this is the first time in my life that the dentist has told me that I have very strong teeth. Also, I have a very strong feeling that a part of my happiness in bed with my partner could be credited to the Tachyonized Cocoon Strips (6 of them) under our bed sheet (since we don't have a Sleep Pad yet). I would really love to hear some unusual stories from other Tachyon users. Also, Tachyonized Panther Juice is good for pain, which everybody knows. ~ Aelita Folkmane

For the past year I have used the following Tachyonized products on a daily basis:
Tachyonized Silica Gel (3 drops)
Tachyonized Blue-Green Algae (1 teaspoon)
Tachyonized OS (2 different kinds, only once a day)
Tachyonized Fizz-C (small quantities taken in the morning before breakfast) 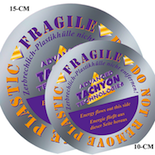 What have I experienced so far?
I used to have serious gum bleeding and this problem is now almost extinct. I would have brief flu attacks about twice a month which has now been reduced to a very low level and I have only had the flu once in the last 3 months. I had throat inflammation fairly often and that is now almost totally extinct. My back pain is now almost completely gone (it comes back when I take off the Tachyonized Vitalizer-II Belt for too long). My recurring knee problems have stopped since I have been wearing the Tachyonized Knee Hug. With regard to the Tachyonized Vortex Pendant and the long technique: they seem to work - although because I also meditate it is hard to distinguish what is the primary reason for reduced irritability and more patience - but meditation now comes easy also during daily activities. ~ Samvado Kossatz

I have a client that suffers with skin cancer on the top of her nose. She uses a lot of medicated creams to close and control the wound, but has not been pleased with the results. I gave her Tachyonized Tach-O-Vera, and within 5 days the skin on her nose looked and felt healthy.

I can quit my squawking now. I did it - I'm vertical! I can see why it was difficult to describe, yet there is a very clear difference. To me, it is more than a feeling of stability; it's more like being anchored, yet with the freedom to go wherever you want.

When I first put my Tachyonized Vortex Pendant on, within a half hour, I felt like water was just being poured upon the crown of my head. My neck "cracked" in 4 places (it really needed it!), and I even could feel the sinuses at the back of my head start to drain.

Since then, I have felt much "straighter", less scattered. There is a new degree of richness to life that I didn't notice before. My intuition has also suddenly become much more dead-on, or else it's suddenly a lot easier to trust it! I think it's a fair amount of both, to be honest.

This was not the profound, knock-you-on-your-keester kind of shift that I was expecting...it was definitely more subtle. I think Dr. Cousens even mentioned this, but I'm very aware that whatever I create (beneficial or not) will be much more likely to manifest than before. However, I think it is much easier to avoid the unhealthy influences, however small they may be. ~ Deanna Bredthauer

I was really a skeptic of Tachyon Energy until my girlfriend (at that time) had a large bruise on her left forearm. She was drinking Tachyonized Water and we placed a triangle (32mm) Tachyonized Cell on the bruise. Six hours later we removed the Tachyonized Cell and her arm underneath was completely healed except a small dot where the Tachyonized Cell symbol was on the bottom of the cell. There was still some bruise left that had not been healed around the cell itself – so I decided to try a little experiment thinking maybe it was just pressure or something – so I got a glass cell the same size and placed it on the remaining bruise. In another six hours we removed the non-Tachyonized cell and there was no change. This experience changed my mind from being a skeptic to an avid user of Tachyonized products. - Kevin Bjornsen

In November a friend of mine bought the Tachyonized Retinyl Gel and the Tachyonized Vitamin A Wrinkle Cream. I did not see her for two months. I could hardly believe the difference in her face after two months of using those two Tachyonized Creams. The elasticity and color of the skin was so improved that I decided I would get me some of it too. In about two weeks you can really see a difference. I ran out of the Tachyonized Creams and although some of the former lines seemed to increase again they were not as much as before. I renewed my supply and can say I am most happy with the results. In fact I am really, really pleased with the Tachyonized Creams! I will report when they quit automatically giving me the senior citizen discount. ~ Darlene

Just thought I would report upon the progress of my elderly 15 year old cat, Rumpuss, who had cancer of the eye. He had the tumor removed from his third eyelid, but has lumps in his neck indicating that the cancer spread. He wears a sporty looking purple Tachyonized Scarf with a Tachyonized Cell sewn on, and has Tachyonized Water, Tachyonized Silica Gel and Tachyonized TLC bar treatments everyday. Well, he has gone from looking weary, thin and tired to acting like a kitten at times! He may not be "cured" yet of the cancer, but he certainly has wonderful quality of life! He is acting well and very bright! I believe the lumps are also getting smaller...but I will have to report on that later. So far, so good.

The update on Rumpuss is that he continues to be fine and well! The neck tumors are so tiny now that I can hardly find them. He is full of energy and though elderly, still plays like a young kitten at times!