Through the years there have been dozens of global research programs demonstrating the profound effects of Tachyonized material. In 2010 a US patent was issued providing the only patented Tachyonized Material Testing Method. This has led to the exposure of companies who have claimed to provide Tachyonized materials.

Through the search for Free Energy, science postulated at first — and then indirectly proved — Tachyon Energy’s existence. Today, we all envision its potential. Despite all opposition, the Tachyon era has begun. In 1966, Gerald Feinberg defined Tachyon Energy as a "faster-than-light, subatomic particle" in order to unify the scientific world’s view and nomenclature of faster-than-light energy. We give thanks and acknowledge the various scientists, past and present, who have provided the foundation for this new era and have thus paved the way for the Tachyon revolution.

The problem is no longer in proving the existence of Tachyon Energy. Rather, it is in harnessing the energy. Many distinguished scientists have worked in this field with mixed results. What these scientists were and are trying to accomplish is the conversion of Tachyon Energy into usable electrical energy. 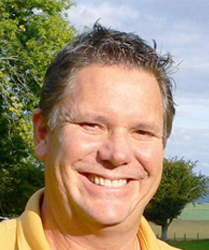 David Wagner is globally celebrated as the father of Tachyonization and founder of Advanced Tachyon Technologies. Wagner had a different vision of the benefits of Tachyon Energy. His vision was the clear realization that the conversion of Tachyon Energy into usable electrical energy would, in fact, not solve this planet’s growing crisis, because it is not a crisis of energy. It is a crisis of consciousness.

Wagner recognized that everything evolves out of the Tachyon field and his breakthroughs in applied physics are directly responsible for the Tachyonization™ process. Tachyonization restructures certain natural materials at the sub-molecular level, creating permanent Tachyon antennas. Wagner's ability to harness Tachyon Energy, and the scientific world’s ability to prove the outcome, are directly responsible for the Tachyon revolution that is taking place in over 93 countries. The Tachyonization breakthrough harnesses the infinite potential of Tachyon Energy in ways that benefit life on Earth and aid in elevating consciousness.

From invention of the Tachyonization process, Wagner recognized his responsibility to increase the global awareness of Tachyon Energy. He developed The Quality of One™ seminar, which has been changing the way hundreds of thousands of people view and experience life. To fully understand this revolution, it would be helpful to understand Tachyon’s relevance, first in science and quantum physics, then in holistic healing.

Is not a frequency, spin manipulation or transfer

Is not a high frequency coil technology

Does not use sound

Is not a radionics or SE5 transfer

Does not use sacred geometry to inform products

Does not require prayer or meditation

Is not a photon-based technology

Does not use crystals or Orgone technologies

Does not use magnets

Is absolutely not operator sensitive

The use of Tachyonized products normally results in a natural detoxification, increased absorption of available vitamins and minerals, increased energy for physical activities, increased awareness of subtle energies, increased brain function, increased circulation, and exceptional improvements in athletic abilities and muscle recovery. When athletes use these products, they notice a significant decrease in fatigue, allowing for increased performance.